A recent customer brought me this bed frame in moderately bad shape and asked if I could restore it with a mild “distressed” look. 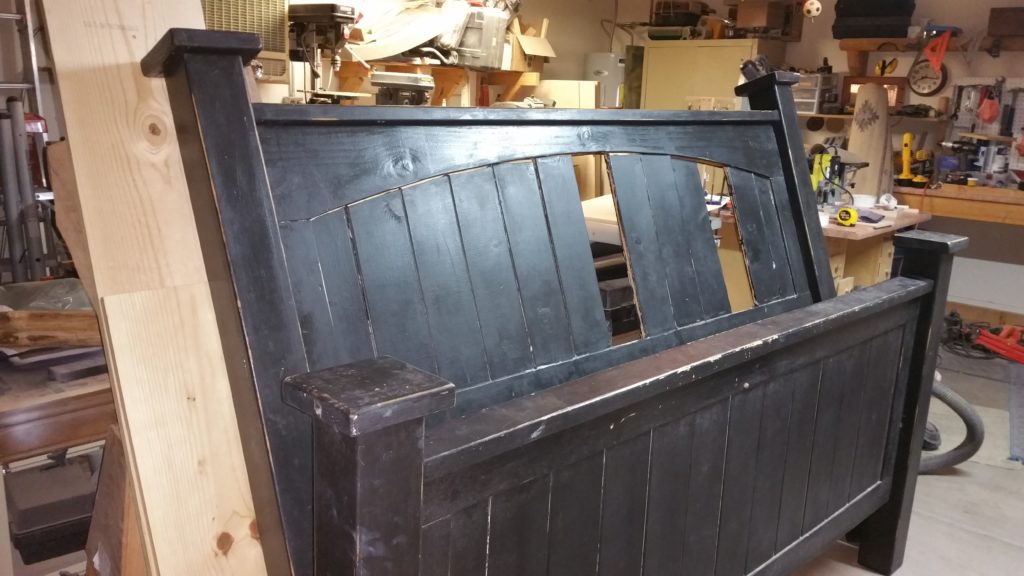 Unfortunately, there were many things wrong with the construction (it was custom built) and we decided on doing things a bit differently on the head board.  The arch was to be removed. 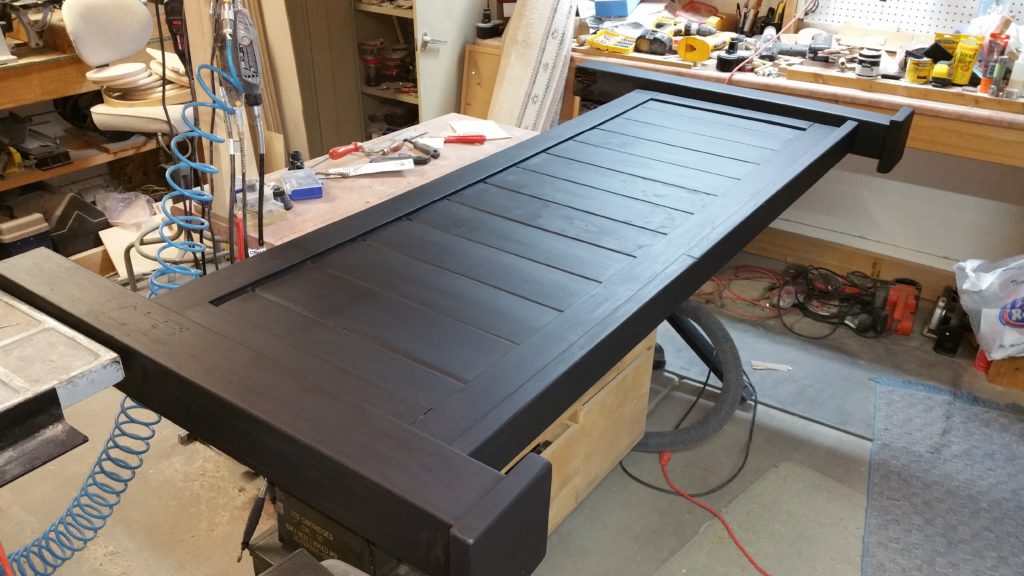 One of the problems was that the gaps in these slats were sealed with white silicon sealer.  It had to be removed and filled again before it could be stained and painted.  The head board was completely reconstructed except for the posts.  The side rails were also recreated from new lumber and new bed frame hardware installed.

All of the distressing seen here was intentional.  The parts were a little dusty from being in the shop.  Everything on the head board, except the posts is brand new lumber.  The slats are a tongue and groove into the top and bottom cross beams as well as the other slats.  Due to damage found in the posts the head board was insert, like a giant mortise and tenon joint